Jax Epoch, was once a disenchanted 16-year-old girl who longed for the magic presented in the books she read growing up; now she longs for control of her brand-new, far-from-normal reality … The trouble begins, when one afternoon while tagging along with her boyfriend Adam and his trouble-making friends, Jax reluctantly ends up breaking into a quarantined office building in midtown Manhattan. Inside, the troublemakers become troublefinders, as they come across a lab filled with animals in cages and accidentally let one animal out. Whilethe others attempt to clean up the mess, Jax takes off after the escapee (a white rabbit, no less) down a narrow hallway. Not seeing that the rabbit disappeared in mid- air, Jax accidentally trips on a computer power cable and falls into a inter-dimensional portal that looks like bizarre water ripples. Our hapless heroine is transported to the Realmsend, an ever-changing series of corridors that separate alternate realms of existence. Thanks to a stack of post-it notes that she had “borrowed,” Jax is able to leave a breadcrumb inspired trail, and do some exploring. 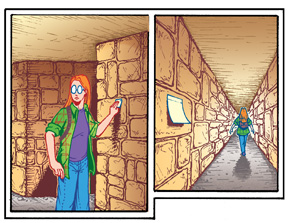 Oddly enough, Jax finds herself in a dimension more lifeless than her own, as she is surrounded by endless fields of grass, with only an abandoned wooden shack before her. But to her delight, within the shack she discovers a set of magic-looking boots and gloves – along with an ancient instruction manual -all of which seem to make the trip worthwhile. Her curiosity getting the best of her, she takes the items, but leaves a note saying she promises to return them …eventually. 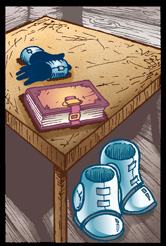 Suddenly, her world has changed… After finding her way back home, it doesn’t take Jax too long to notice that everything appears to be slightly… off. At first it’s little things like her parents and high school teachers yelling at her and then people claiming she had heated conversations with them during the time she was gone. Jax begins to realize that someone… or something… had been living her life in her absence and that over a week has passed. When she wakes up the next day to find a giant red dragon flying over her Manhattan apartment Jax realizes that her otherworldly actions were more than just a mere misdemeanor: By taking the magical items out of their natural environment she has set in motion a chain of events known as the Quicken Forbidden. 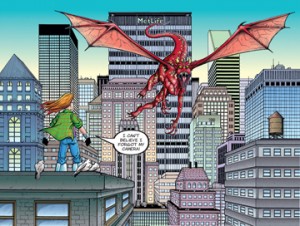 Everything magic that had once only existed in other dimensions has now leaked, into her unsuspecting and decidedly un-ready world, making sure Jax’s life will never be boring again. Dragons join birds in flight over the streets of Manhattan, marshmallows talk back, robots rampage through the sewers, the nation is treated to a blizzard in July, and Adam suddenly dumps her. Worst of all, Jax is put on trial for bringing about the end of the world, with only a robot lawyer to defend her … 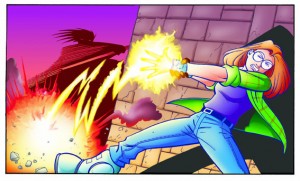 Jax Epoch made her debut in the black and white comic series Quicken Forbidden, by Dave Roman and John Green. The first issue was self-published in 1997 (through their imprint Cryptic Press) while both were students at the School of Visual Arts. Over the years they released thirteen issues and two trade paperbacks (rebranded as Jax Epoch and the Quicken Forbidden) were published by AiT/Planet Lar collecting issues 1-5 and 6-10. The series received tons of praise and a Harvey Award nomination for Best Single Issue or Story for the 12th volume. Dave and John went on to get full time jobs and found success with other graphic novels like Teen Boat! and Astronaut Academy, always intending to finish the story of Jax Epoch someday. In 2014 they are finally putting the finishing touches on over 50 pages of new material. Stay tuned for news about the final release! 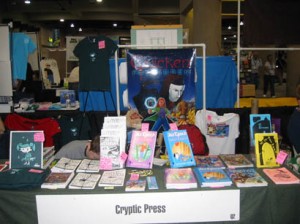 Dave Roman is the author/illustrator of the Astronaut Academy series and writer of the graphic novels Teen Boat! and Agnes Quill: An Anthology of Mystery. He has contributed stories to several anthologies including Nursery Rhyme Comics, and Flight. Roman is a graduate of the School of Visual Arts and worked as a comics editor for the groundbreaking Nickelodeon Magazine from 1998 to 2009. He lives in Astoria, NY with his wife, and fellow comic artist, Raina Telgemeier. See more of Dave’s work at yaytime.com

John Green grew up on Long Island and has worked in New York City ever since graduating from School of Visual Arts for Graphic Design in 1997. He was the comics consultant for Disney Adventures magazine, and in addition to Disney has written, illustrated, or otherwise worked on comics for Nickelodeon, Dreamworks, Scholastic, DC Comics, and First Second Books. He is the artist and co-creator of the graphic novels Jax Epoch and the Quicken Forbidden, and Teen Boat!, both with writer Dave Roman. When not drawing comics John creates artwork for video games, such as Emerald City Confidential, Puzzle Bots, and Nearly Departed. See more of John’s work at johngreenart.com. 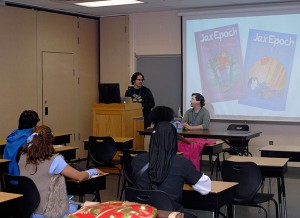